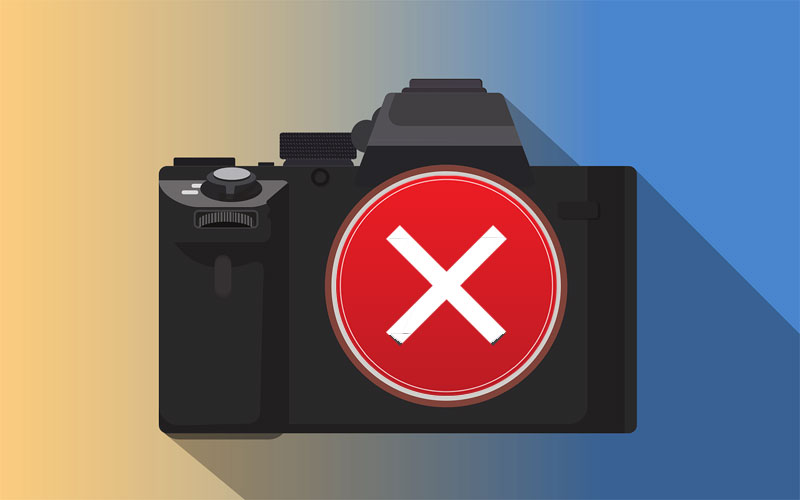 From Wikipedia, the free encyclopedia
Jump to navigationJump to search
For the sexual slang, see One-night stand.

The “night singer of shares” sold stock on the streets during the South Sea Bubble. Amsterdam, 1720.
“Pump and dump” (P&D) is a form of securities fraud that involves artificially inflating the price of an owned stock through false and misleading positive statements, in order to sell the cheaply purchased stock at a higher price. Once the operators of the scheme “dump” sell their overvalued shares, the price falls and investors lose their money. This is most common with small cap cryptocurrencies[1] and very small corporations, i.e. “microcaps”.[2]

While fraudsters in the past relied on cold calls, the Internet now offers a cheaper and easier way of reaching large numbers of potential investors through spam email, bad data, social media, and false information.[2]

Contents
1 Scenarios
1.1 Examples
1.1.1 Stratton Oakmont
1.1.2 Jonathan Lebed
1.1.3 Enron
1.1.4 Park Financial Group
1.1.5 Langbar International
1.1.6 Morrie Tobin
2 Scam
2.1 Comparison with other types of schemes
3 Short and distort
4 Regulation
5 References
6 Further reading
7 External links
Scenarios
Pump and dump schemes may take place on the Internet using an e-mail spam campaign, through media channels via a fake press release, or through telemarketing from “boiler room” brokerage houses (such as that dramatized in the 2000 film Boiler Room).[3] Often the stock promoter will claim to have “inside” information about impending news.[4] Newsletters may purport to offer unbiased recommendations, then tout a company as a “hot” stock, for their own benefit. Promoters may also post messages in chat rooms or stock message boards such as ADVFN, urging readers to buy the stock quickly.[2]

If a promoter’s campaign to “pump” a stock is successful, it will entice unwitting investors to purchase shares of the target company. The increased demand, price, and trading volume of the stock may convince more people to believe the hype, and to buy shares as well. When the promoters behind the scheme sell (dump) their shares and stop promoting the stock, the price plummets, and other investors are left holding a stock that is worth significantly less than they paid for it.

Fraudsters frequently use this ploy with small, thinly traded companies—known as “penny stocks,” generally traded over-the-counter (in the United States, this would mean markets such as the OTC Bulletin Board or the Pink Sheets), rather than markets such as the New York Stock Exchange (NYSE) or NASDAQ—because it is easier to manipulate a stock when there is little or no independent information available about the company.[5] The same principle applies in the United Kingdom, where target companies are typically small companies on the AIM or OFEX.

A more modern spin on this attack is known as hack, pump and dump.[6] In this form, a person purchases penny stocks and then uses compromised brokerage accounts to purchase large quantities of that stock. The net result is a price increase, which is often pushed further by day traders seeing a quick advance in a stock. The original stockholder then cashes out at a premium.[7] Pump and dump schemes also permeate the crypto-market, targeting especially low market-cap, illiquid coins on cryptocurrency exchanges.[1]

Examples
Stratton Oakmont
In the early 1990s the penny-stock brokerage Stratton Oakmont artificially inflated the price of owned stock through false and misleading positive statements, in order to sell the cheaply purchased stock at a higher price.[8] Firm co-founder Jordan Belfort was criminally convicted for his role in the scheme. He later turned his story into a memoir, The Wolf of Wall Street, which was later adapted into an Academy Award-nominated film of the same name.

Jonathan Lebed
During the dot-com era, when stock-market fever was at its height and many people spent significant amounts of time on stock Internet message boards, a 15-year-old named Jonathan Lebed showed how easy it was to use the Internet to run a successful pump and dump. Lebed bought penny stocks and then promoted them on message boards, pointing at the price increase. When other investors bought the stock, Lebed sold his for a profit, leaving the other investors holding the bag. He came to the attention of the U.S. Securities and Exchange Commission (SEC), which filed a civil suit against him alleging security manipulation. Lebed settled the charges by paying a fraction of his total gains. He neither admitted nor denied wrongdoing, but promised not to manipulate securities in the future.[9]

Enron
As late as April 2001, before the company’s collapse, Enron executives participated in an elaborate scheme of pump and dump,[10] in addition to other illegal practices that fooled even the most experienced analysts on Wall Street. Studies of the anonymous messages posted on the Yahoo board dedicated to Enron revealed predictive messages that the company was akin to a house of cards, and that investors should bail out while the stock was good.[11] After Enron falsely reported profits which inflated the stock price, they covered the real numbers by using questionable accounting practices. Twenty-nine Enron executives sold overvalued stock for more than a billion dollars before the company went bankrupt.[12]

Park Financial Group
Park Financial Group, Spear & Jackson Inc. and International Media Solutions, LLC were involved in a pump and dump where the price per share increased $14.00 and over 100,000 shares being traded each day netting Spear & Jackson around $3 million in profits. In 2005 Spear & Jackson and International Media Solutions were fined over $8 million including two executive officers paying $420,000 out of their personal accounts. On December 5, 2007, Park and the company’s president were ordered to pay over $113,000 in fines and penalties.[13][14]

Langbar International
Started as Crown Corporation, Langbar was the biggest pump and dump fraud on the Alternative Investment Market, part of the London Stock Exchange. The company was at one point valued greater than $1 billion, based on supposed bank deposits in Brazil which did not exist. None of the chief conspirators were convicted, although their whereabouts are known. A patsy who made a negligent false statement about the assets was convicted and banned from being a director.[15] The investors who lost as much as £100 million sued one of the fraudsters and recovered £30 million.[16]

Morrie Tobin
In April 2018, Morrie Tobin and others, using overseas accounts, schemed over $165,000,000.[17] When questioned by federal agents Tobin told the agents that he was involved in another scheme implicating a soccer coach from Yale University,[18] which in turn lead to the 2019 college admissions bribery scandal. In February 2019, Tobin pled guilty to conspiracy and securities fraud. On June 7, 2019 a federal judge hit Tobin with a $4 million forfeiture.[19]

Scam
Pump and dump stock scams are prevalent in spam, accounting for about 15% of spam e-mail messages. A survey of 75,000 unsolicited emails sent between January 2004 and July 2005 concluded that spammers could make an average return of 4.29% by using this method, while recipients who act on the spam message typically lose close to 5.5% of their investment within two days.[20][21] A study by Böhme and Holz[22] shows a similar effect. Stocks targeted by spam are almost always penny stocks, selling for less than $5 per share, not traded on major exchanges, are thinly traded, and are difficult or impossible to sell short. Spammers acquire stock before sending the messages, and sell the day the message is sent.[23]

Comparison with other types of schemes
A pump and dump scam is a type of economic bubble, with the main difference between this scheme and most other types of bubbles being that the pump and dump bubble is deliberately perpetrated by unlawful activity. A pump and dump scheme is similar in many ways to a Ponzi scheme (in that both types of scam use misrepresentations in an effort to enrich the promoters and/or initial investors with money from later investors), however, there are a number of differences between the schemes:

Ponzi-type investments are privately traded, often between individuals that are known to one another, whereas pump and dump schemes are typically marketed to the general public and traded on public stock exchanges and the victims and perpetrators are not acquainted with each other.
Ponzi schemes typically promise very specific returns on investments and/or include falsified records implying consistent and steady returns, whereas pump and dump schemes only come with general and/or implied promises of substantial profits.
Ponzi schemes typically come with the expectation of profit over a relatively-extended period of time and typically last for months, years or even decades before their inevitable collapse. By comparison, pump and dump scams are designed to make profits extremely quickly and are executed over a period of weeks, days or even hours.
Pump and dump schemes are invariably intended to be scams from their conception, whereas Ponzi schemes are occasionally the result of investment vehicles that are originally intended to be legitimate but ultimately fail to perform as expected.
For all of the above reasons, Ponzi schemes tend to leave a far more extensive trail of evidence. They are typically much easier to prosecute after they are discovered, and often result in much stiffer criminal penalties.
Pump and dump differs from many other forms of spam (such as advance fee fraud emails and lottery scam messages) in that it does not require the recipient to contact the spammer to collect supposed “winnings,” or to transfer money from supposed bank accounts. This makes tracking the source of pump and dump spam difficult, and has also given rise to “minimalist” spam consisting of a small untraceable image file containing a picture of a stock symbol.[citation needed]

Regulation
One method of regulating and restricting pump and dump manipulators is to target the category of stocks most often associated with this scheme. To that end, penny stocks have been the target of heightened enforcement efforts. In the United States, regulators have defined a penny stock as a security that must meet a number of specific standards. The criteria include price, market capitalization, and minimum shareholder equity. Securities traded on a national stock exchange, regardless of price, are exempt from regulatory designation as a penny stock,[25] since it is thought that exchange traded securities are less vulnerable to manipulation.[26] Therefore, Citigroup (NYSE:C) and other NYSE listed securities which traded below $1.00 during the market downturn of 2008–2009, while properly regarded as “low priced” securities, were not technically “penny stocks”. Although penny stock trading in the United States is now primarily controlled through rules and regulations enforced by the Securities and Exchange Commission and the Financial Industry Regulatory Authority (FINRA), the genesis of this control is found in state securities law. The State of Georgia was the first state to codify a comprehensive penny stock securities law.[27] Secretary of State Max Cleland, whose office enforced state securities laws[28], was a principal proponent of the legislation. Representative Chesley V. Morton, the only stockbroker in the Georgia General Assembly at the time, was a principal sponsor of the bill in the Georgia House of Representatives. Georgia’s penny stock law was subsequently challenged in court. However, the law was eventually upheld in U.S. District Court,[29] and the statute became the template for laws enacted in other states. Shortly thereafter, both FINRA and the SEC enacted comprehensive revisions of their penny stock regulations. These regulations proved effective in either shuttering or greatly restricting broker/dealers, such as Blinder, Robinson & Company, which specialized in the penny stocks sector. Meyer Blinder was jailed for securities fraud in 1992, after the collapse of his firm.[30] However, sanctions under these specific regulations lack an effective means to address pump and dump schemes perpetrated by unregistered groups and individuals.